It's been just about 3 weeks now since I've had my final reconstruction surgery where the expanders were removed and the implants were put in.  It was pretty simple and pain-free for me.  I took some time to recover from the anesthesia but not nearly as long as last time and I had no pain right from the get go.  In fact, I even went to my daughter's lacrosse game that afternoon!  The recovery has been pretty easy as well.  I didn't need to use any of the oxycodone that was prescribed to me and only used tylenol for the first 3 days after surgery.

The first surgery was pretty rugged now that I can look back on it.  I just plodded through at the time, because really, what else are you gonna do?  But it was rough compared to this second surgery.

The implants feel a little softer than the expanders but not much.  Everything is still pretty hard.  But overall, I'm satisfied with the results.  They aren't giant tits (which I never wanted anyway) but they sure are high and tight!  No bra needed other than to calm the one nipple I have left.

Fun Fact:  When I touch the top part of my breast where the edge of the implant is, I feel it in my arm.  Not sure what that's all about, but it's pretty weird.  Only on the right side though.

I've not had any pain and it's been really difficult to follow the "no exercise" rule.  I think I may have broken that rule a few times..... 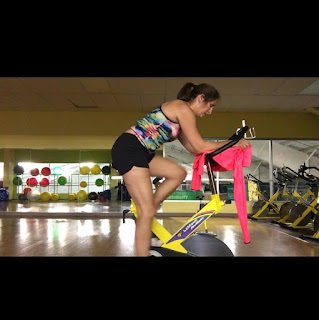 light spin and some weights 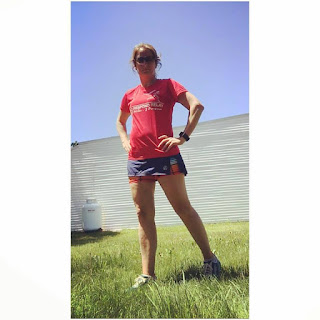 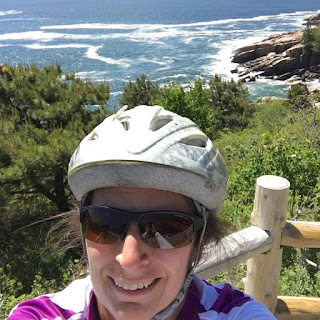 I cannot sit still when I feel good, making it very hard to listen to doctor's orders.  I'm looking forward to Friday when I get my full clearance to exercise and I won't have to feel guilty about it.  Still gonna run tonight shhhhh

Which brings me to the latest joy that breast cancer has brought me.  I'm hoving near/over 150lbs. (I don't even know exactly because I can't bear to step on the scale and see that number.)  Which is 8-10lbs over my regular weight.   I have never ever in my life weighed more than 150 lbs except when I was pregnant with my kids.  And then, the highest I got was 160.   I realize that I'm not exercising like I used to because of surgeries and restrictions from the surgeries so I hope that is the reason.  I'm gaining weight around my belly (which is highly unusual for me) and I'm just plain ole bigger than I was.  Pants don't fit.  Pants and shorts that I have worn every single summer for 8 years.  It's depressing af.  But I as read about the side effects of the tamoxifen, it appears as though taking the tamoxifen is at least partly to blame.

Since it blocks the estrogen (which is what feeds my cancer), it causes my body to act like it's going through menopause.  Isn't that just great.  I honestly don't know if taking the medication is worth it if I'm going to gain 20 lbs.  I might just take my chances with the 15% recurrence rate vs. 20 lbs overweight and 7.5% recurrence rate.

So anyway, I've chosen to clean up my diet--shooting for no sugar, very little wheat and dairy, and no alcohol (pretty simple since I don't drink anyway).  I'm gonna give this a month or two and combine that with getting back to regular exercise and hope that that gets my back to my happy weight and back into my clothes.  If not, Ms. Dr. Oncologist and I are gonna have a chit-chat to figure out how the hell we are going to manage this without me losing my shit over being heavy.

So if you see me and think my ass looks bigger, it is.  Don't mention it unless you want a throat punch.  It's a bit of a touchy subject.

Oh and PS--if you want to see or touch them, just ask!  Just don't be a friggin weirdo about it.