Six weeks?  Has it really been six weeks since my surgery?  It's hard to believe because I am in such a different place than I was just three weeks ago.  So here's what's been going on since my last post--about 3 weeks ago.

--I'm back to work.  Thank goodness, because I am seriously broke.  Self-employed and about 5 weeks out of work is not a good combination.  The first week and a half back, I worked mostly half days partly because I wanted to ease back into it, and partly because I still had a shit-ton of doctor appointments. All these specialists are over an hour away so it's really a half day off for one appointment.  It's a full time job to have cancer.  I will say, if I have learned anything from this adventure, is that anyone, I mean ANYONE, is just one medical condition away from being in financial duress.  No one is immune to this. And I even have health insurance!  For me, it's not the medical bills that are the issue (although I haven't seen the brunt of those come in yet), it's the fact that I never counted on me not being able to work.  It never once occurred to me that I could have something happen that prevented me from working.  My financial goal going forward, is to put myself in a better position in case I have a recurrence.

--I'm back to running!  After the 4th week post surgery, the doctor gave me the clearance to exercise again!  It's been so great to be able to move my body and sweat and exercise again, I can't even tell you.  I've probably gained around 5-7 pounds and it will be nice to work that back off.  The area under my breasts hurt the most when I started exercising again--the surgeon tells me that's where they sewed in the alloderm (cadaver tissue used in breast reconstruction).  That pain has since gone away and I really have no pain at all anymore. 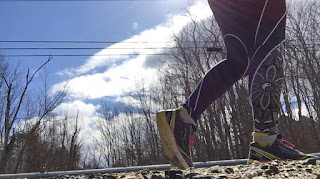 --I've had two fills to the expanders and even though my breasts feel bigger than they were, the surgeon tells me they are not.  (Because clearly I know more than he does, right?)  I didn't really believe him until he showed he took out X volume of tissue and we've only put in Y volume of fluid.  Huh.  Well, ok then.  It must just be because they are higher and harder.  But seriously, they are like hard gel-filled mounds.  It's really a weird sensation.  I think I'll probably choose one more fill and call it good.  I want to be at least a little bigger than I was prior to surgery, right?  And I would totally show you a picture but this is a family friendly blog, so sorry!

--I don't need to have chemo.  What a relief that was.  Initially, it wasn't even on my radar since no one had previously suggested that I would need it given that it was not in any lymph tissue on any biopsy.  Then I met the oncologist and she wanted to have the Oncotype Dx test done on my tumor so she could make better decisions about what treatment she would recommend to me.  I WAS NOT happy about hearing that chemo was a possibility.  Fuck that.  Basically, the Oncotype Dx looks at the genetic characteristics of my tumor and then assigns a number on a scale that will tell you if chemo might be beneficial in reducing recurrence rates.  I had already decided that I was going to decline chemo even if the testing showed that it could be helpful.  That was not a road I was prepared to go down.  And we were talking reducing recurrence rates from 15-12% to 8-7%.  I just didn't think it was worth that.  But anyway, my number came in such that chemo would not be beneficial, so Yay.  I started tamoxifen and have been on it for a week and haven't had any side effects yet.  <crossed fingers>

--I did give up the idea of running the Sugarloaf Marathon in May.  I clung on to it for a little thinking that maybe the recovery from surgery wouldn't be that bad.  It wasn't that bad, but I am in no way prepared to run a marathon.  Half marathon, yes.  But full?  No way.  So rather than defer my entry to next year, I decided to switch to the 15K so that I could run with all my Boothbay friends who are signed up this year.  My BQ can wait.  Maybe until the next age bracket.... lol

So basically, things are back to normal ish now.  I'm working every day, I'm running or exercising almost every day, kids and husband are back to letting me do most of the housework <roll eyes>.  I keep trying to play the cancer card, but it doesn't always work.

Everyone keeps asking me when I'm going to have my implants put in which drives me crazy because I don't know.  I literally have no idea.  I guess when the surgeon says it's time, then we decide.  I guess I choose a size and then when I get there, we choose the date.  I'll let you know though! ha

Glad you are doing good and back to running. and you don't have to do chemo.