Surrender and other stuff

That's it.  I give up.  I'm crying uncle and giving in.  After a pretty regular 4 miler last night, my heels were killing me and I could barely walk.  It is just so frustrating to have such pain after doing any sort of running.  I am sick of it and I'm sure you all are sick of reading about me whining about my feet.  Heel pain wah wah wah, can't walk wah wah wah, running slower wah wah wah, what to do blah blah blah.

Well to save you all from hearing me complain anymore, I did some extensive research (read:  asked friends on facebook) and found a doctor that may be able to help me.  Thankfully, I have some pretty smart friends, many of them doctors, and was directed to two that I could choose from.  I ended up choosing Healthsource of Portland Maine that my college pal (who is also a chiropractor) recommended.  They are certified Rock Docs and she thinks that Rock Tape may help me.

If nothing else, I should look pretty fancy all taped up, right? 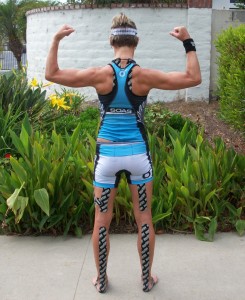 disclaimer--this is not me.  stolen from rock tape's website.  although I'm sure I look at least that good in my tri kit......

My appointment is 10/5 so I'm looking forward to a day off going to Portland to see them and go shopping get my feet fixed.  Since I'm already going to be in Portland, I may as well go shopping too, right?

I'll let you know how this all turns out.


The girls and I went apple picking this weekend with our sitter from the summer.  She is taaaallll so that works out nicely while picking apples.. :)  It was a crappy, misty, foggy day but we had a fun time anyway.  Polite as we are, we managed to eat all the samples of cheese they had and drank at least half of the cider they had out.  I did buy both cheese and cider to make up for our piggy-ness.  What?  Doesn't buying stuff make up for eating all the samples?  I thought it did. 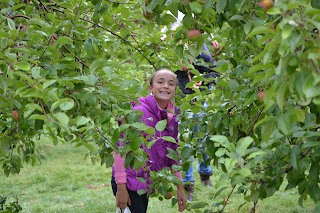 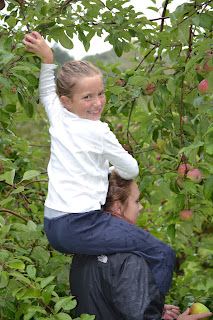 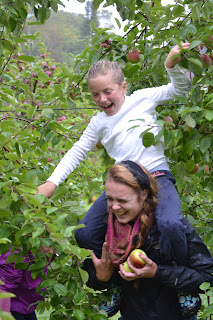 
Lastly, our days have been filled with field hockey and more field hockey.  Big Sissy is playing on the junior high team and Princess is on the youth team, which I am coaching.  We had one tie--junior high and one loss--youth team this weekend but the girls played great.  Our youth team is 2nd-5th grade and the other team had a couple 6th graders so I think we did really well to keep the score 1-0.  Here's some pics from Sissy's games last week. 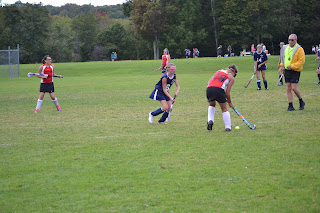 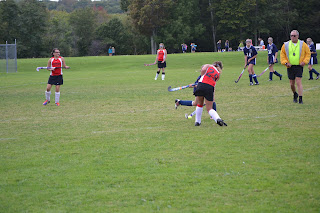 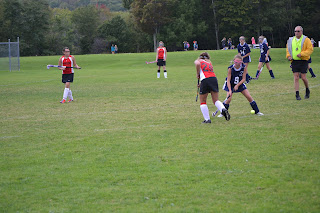 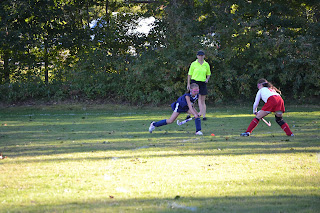 good job girls!  both are nice and low
Have you used Rock Tape?  Did it help?
Have you visited a chiropractor for problems that don't involve your back?﻿
Posted by ltlindian at 9:13 AM

I have not used rock tape. it does look pretty cool though. I haven't gone to a chiropractor for anything other than my back either. I am too cheap although I have heard good things from others about others things chiros can help with.

I see a chiropractor monthly for an IT issue I had over 2 years ago. I haven't had any re-occurences w/ my IT band & I believe it's definitely because I go to my monthly appointments. The way my chiro describes it - is that everything is connected....a slightly longer leg can impact just about everything in your body. With my insurance, my chiro appointment is only $4! ;)

I've seen a chiropractor for my hamstring--he knows active release therapy and it really helps. He's also worked on my back. If you get a good one, they can really help. I'm only skeptical when you about one who claims to be able to cure allergies or cancer.