Running with the Girls has shared a fun survey from another blogger and I'm going to join in as well, why not?

1.  Run in a snowstorm or a thunderstorm?

Totally run in a snow storm.  I don't think you can get hit by lightening in a snow storm.  Not to mention I hate running in the rain unless it is a warm rain, like in FL.  As a general rule, we don't get warm rain here in Maine.  The rain in Maine falls mainly cold.  doesn't rhyme but is true 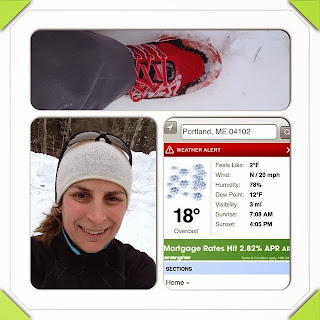 I understand that it is better to breathe through your nose and out your mouth, but I just don't feel like I'm getting enough breath when I do that so I always breathe through my mouth.

I would rather do 100 crunches.  I am able to do both but squats are more work to me.  I have to concentrate on doing them properly so I don't hurt my knees.

4.  Would you rather have a baked good for dessert or an extra serving of your entree? 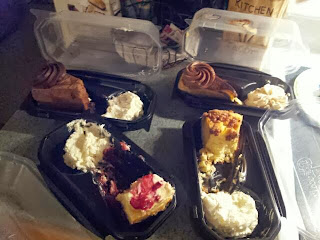 
5.  Would you rather run on a treadmill for an hour or the same street block for an hour?

I would rather run anywhere outside than run on a treadmill.  I would rather run around the indoor track for an hour than do the treadmill.  Treadmill and I are not close friends.  But she understands.  She serves her purpose but doesn't feel slighted when I shun her for the track or the great outdoors.  Plus she has plenty of other closer friends who adore her. 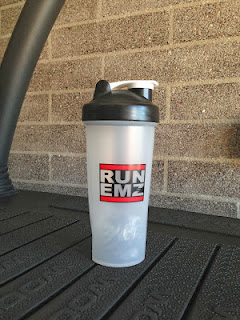 
6.  Would you rather have a headache during a run or a side stitch?

I would rather have a headache.  The side stitch usually happens if I've eaten too near to running so then my stomach just feels like I'm carrying rocks during the whole run.  My headache usually goes away after the first mile or two.  Run > advil.

7.  Would you rather have a rest day on a work day or a day off?

In an ideal world, having a rest day on a work day would be best.  In my real life though, because of all my kids'schedules and activities, I often end up not getting any exercise on a Saturday or Sunday because of driving them all around to their things.  I can almost always get exercise in on a work day during my lunch hour because no one interferes with that--kids are in school!

8.  Would you rather be a race director or volunteer?

I would rather be a volunteer.

9.  Would you rather spend money on running gadgets (garmin, headphones etc) or running shoes?

BOTH!  I love all the things running related!  I do not discriminate when buying running stuff.  I want it all.  If there's something you want that's related to gear, I probably have it.  Fuel belt? yes.  ear warmers with built in headphones? yes. reflective vest? yes.  head lamps? yes.  garmin?  yes.  heart rate monitor?  yes.  3-4 different belts to hold fuel, phone and keys?  yes.  gloves that have that touch pad for iphones? yes.

10.  Would you rather run in a relay or do the run portion of a distance triathlon?

I would rather do the whole tri myself or run in a relay.  If I were going to choose a part of the tri to do, it would be the bike. 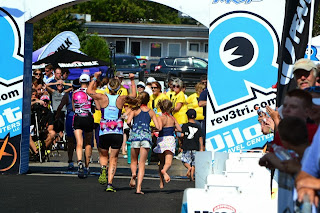 although finishing a tri is pretty awesome!

What would you rather?
Posted by ltlindian at 7:03 AM