Sometimes I really hate long weekends.  The Tuesday coming back from a 3 day weekend really sucks.  The work schedule is crammed with everything and anything.  Usually all crazy shit.  Combine that with the first day of school and you have a winner of a day, people!  But wait!  There's more!  It's my night to work late too!  Woo!  Jackpot for me.

But you didn't come here to read about how much I hate Tuesdays that are Mondays, did you?  Well, I hope you aren't looking for some athletic achievement, or something about a fab run I did, or some bike ride cause you're not going to get that either.  This Labor Day weekend was all about nothing.  I did manage a 3.68 mile run.  yay me.

So let me tell you about other things that happened recently. 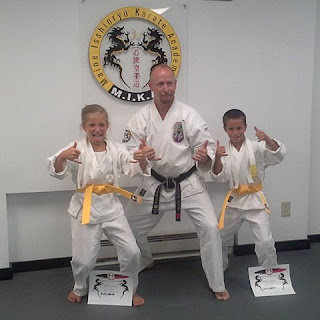 The boy is now a yellow belt in both karate and jiu-jitsu.  MMA doesn't know what's coming. 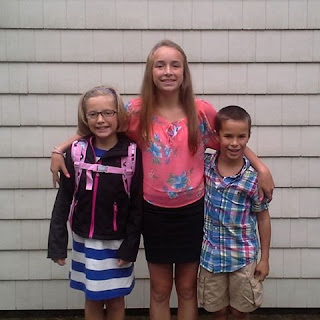 And this happened on our boat ride this past weekend: 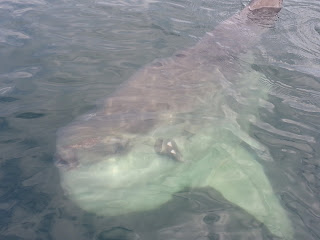 Yes, that mother is as big as it looks.

We were riding back in the boat, going pretty fast, 28 mph ish, and both my son and I saw a fin sticking out of the water.  Well, since the sharks were all in the local news in the past month, my son yells SHARK!  My husband didn't see the fin, but I said, yes there was a fin, I don't know if it's a shark or a dolphin but I did see a fin sticking out.  So we drove back and saw what you see above.

It was just floating near the surface, like it was half dead or something.  It looked like a big ass fish that had it's ass bitten off.  I'd never seen anything like it.  This thing was,  no joke, at least 6 feet at it's largest diameter and fat.

I tried calling Dept. of  Marine Resources in case it was some rare fish or was actually a half-eaten fish, but didn't have any luck with the numbers I found on the internet.  We ended up flagging another boater down.  He came over and we showed him and he told us it was an ocean sunfish or mola mola.  Which upon further research, is the largest bony fish in the ocean and can weigh up to 2,000 lbs!  He thought this one was close to 800 lbs. 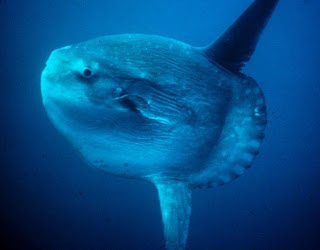 Here's a more professional picture of the fish.

Craziest thing I've ever seen in the ocean.

So not a shark, but still worth stopping to see.  We even got to touch him as the boater told us that they were very gentle.

How was your Labor Day weekend?  Did you get to see a big ass fish?

Posted by ltlindian at 2:05 PM