Hey there!  I'm back!  I've been so busy with life and work that I haven't had a single moment to sit down and post at all.  I really have nothing running related going on, other than I'm still running pretty regularly, so this post is mostly about other stuff.

Last week we had school vacation and this is the first year in 4 years that we haven't taken a trip to a warmer place.  Figures.  The one winter that was/is from hell and I didn't plan to go to somewhere warm.  #fail  Some years you just don't have the extra money for that and this year was one of them.

We took one day and went to the New England Aquarium.  Apparently, everyone else had the same idea because line to get in looked like a waiting line for a Disney ride.  Fortunately, it didn't take too too long to get inside. 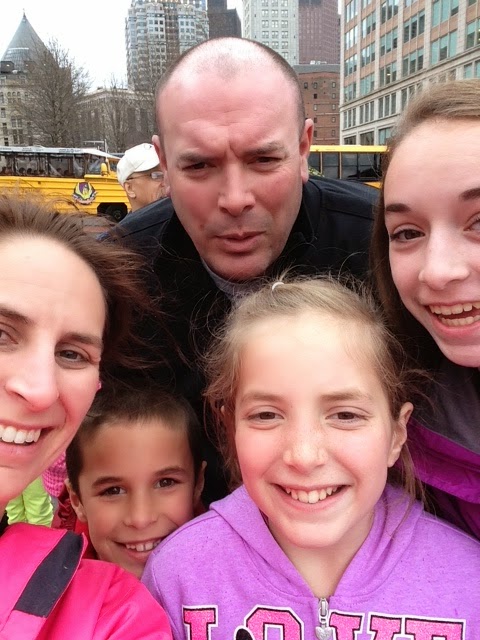 And when we finally got in, we saw all kinds of cool fish. 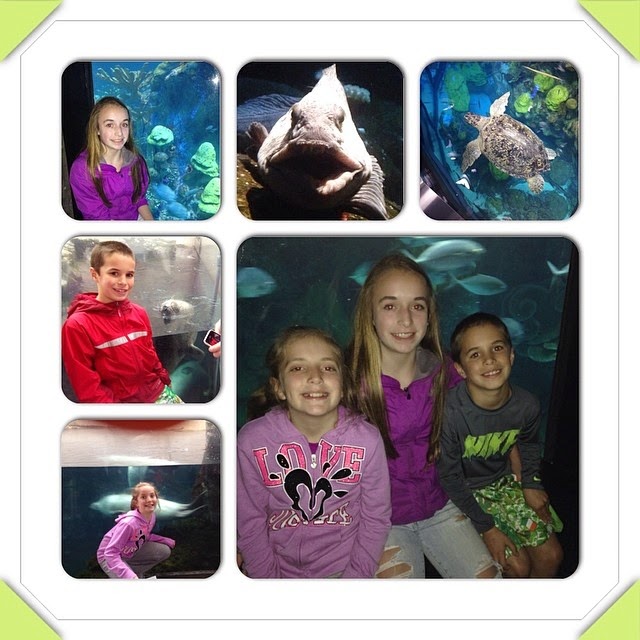 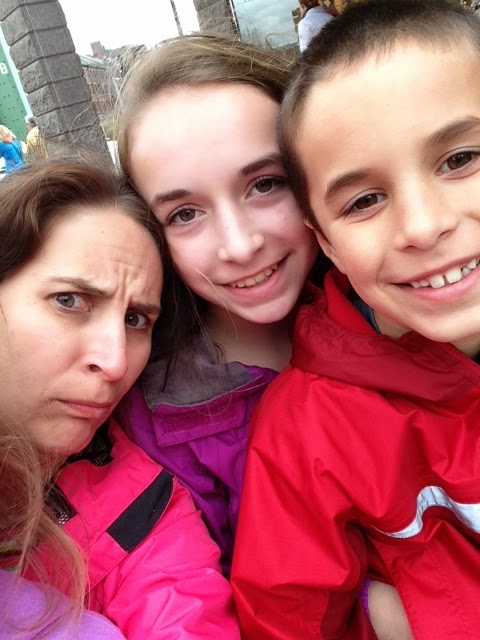 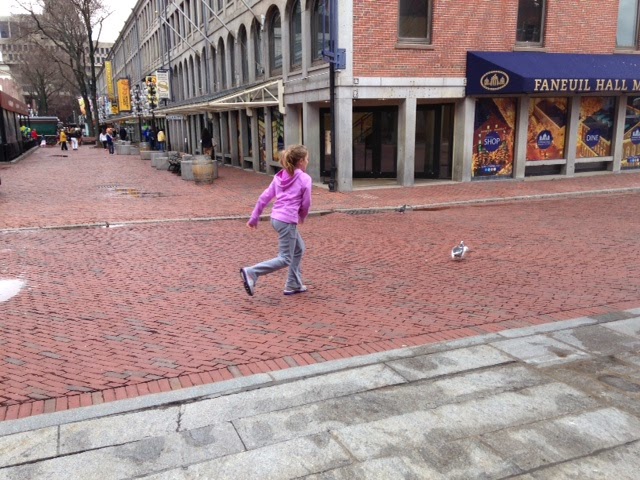 We saw so many Boston Marathon jackets that the kids made a new game--who could find the most Boston Marathon runners.  Then the question came up whether you had to be a runner to get the jacket or could anyone buy one.  I wasn't sure.  I know they were for sale at the expo and people were buying them before they actually ran the marathon, so maybe you could get one without having a bib?  Anyone know the answer to that?

Next day we wanted to go to Sky Zone, an indoor trampoline park, but they were all booked up at the times that we could go.  Damn.  So off to the mall we went.  It was surprisingly empty and I was shocked since it was school vacation.  We found an 8th grade graduation dress, visited the American Girl doll store, I browsed Athleta and was totally bummed that they didn't have a sale rack, and of course we tried on ridiculously high heels that neither one of us could walk in.  Which is too bad because I think the high heels make me look a little thinner.  Completely impractical for Maine.  We are not hip or stylish here.  Well, at least I'm not. 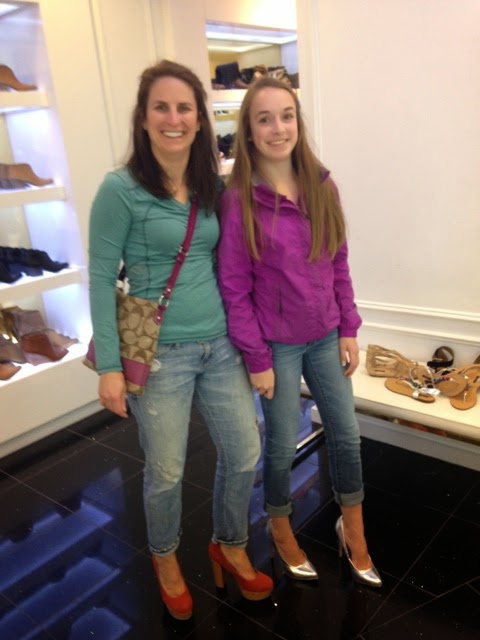 And finished the day with dinner at The Melting Pot.  Crazy-stupid expensive fondue restaurant.  So fun, but there is no way our family of 5 was walking out of there for less than two bills. 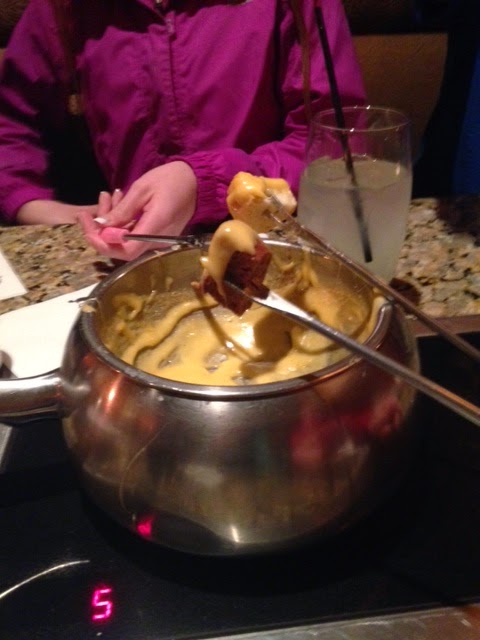 Oh, and a trip to Massachusetts would not be complete without a fender bender.  Thanks dude for ramming into the back of my car while we are stopped at a red light.  Way to pay attention.  ugh. 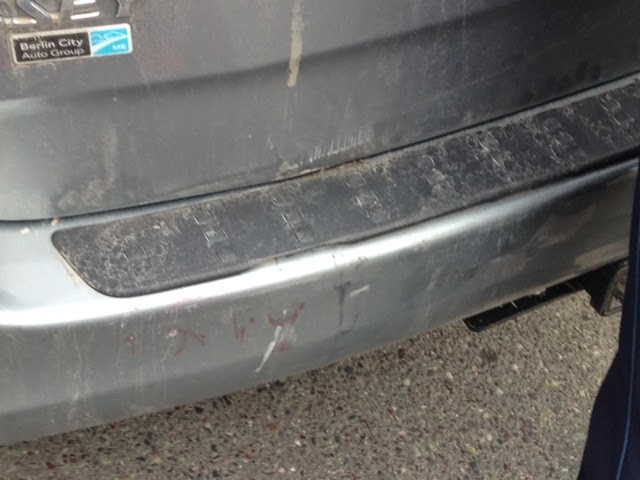 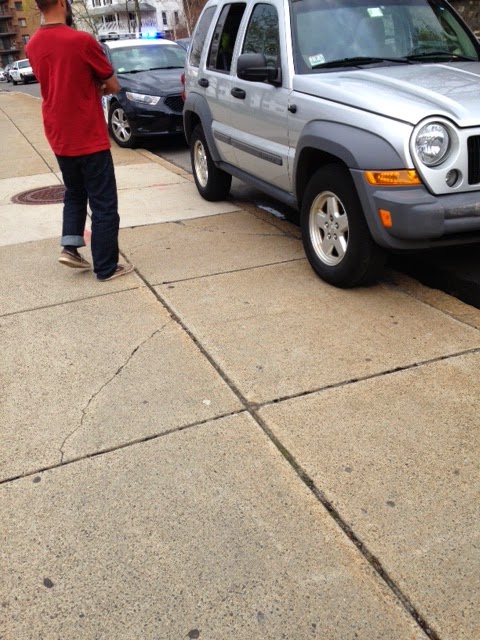 Then because we are crazy and/or stupid we drove 2 hours back home the next day so the kids could participate in Fisherman's Festival.  Fisherman's Festival is a local thing where we celebrate all things fishing.  It starts off with the Miss Shrimp pageant for girls aged 9-12.  On Saturday morning my oldest needed to be down at the waterfront for 8 a.m. to do the cod fish relay.  Of course, her 8th grade team won!  woot! 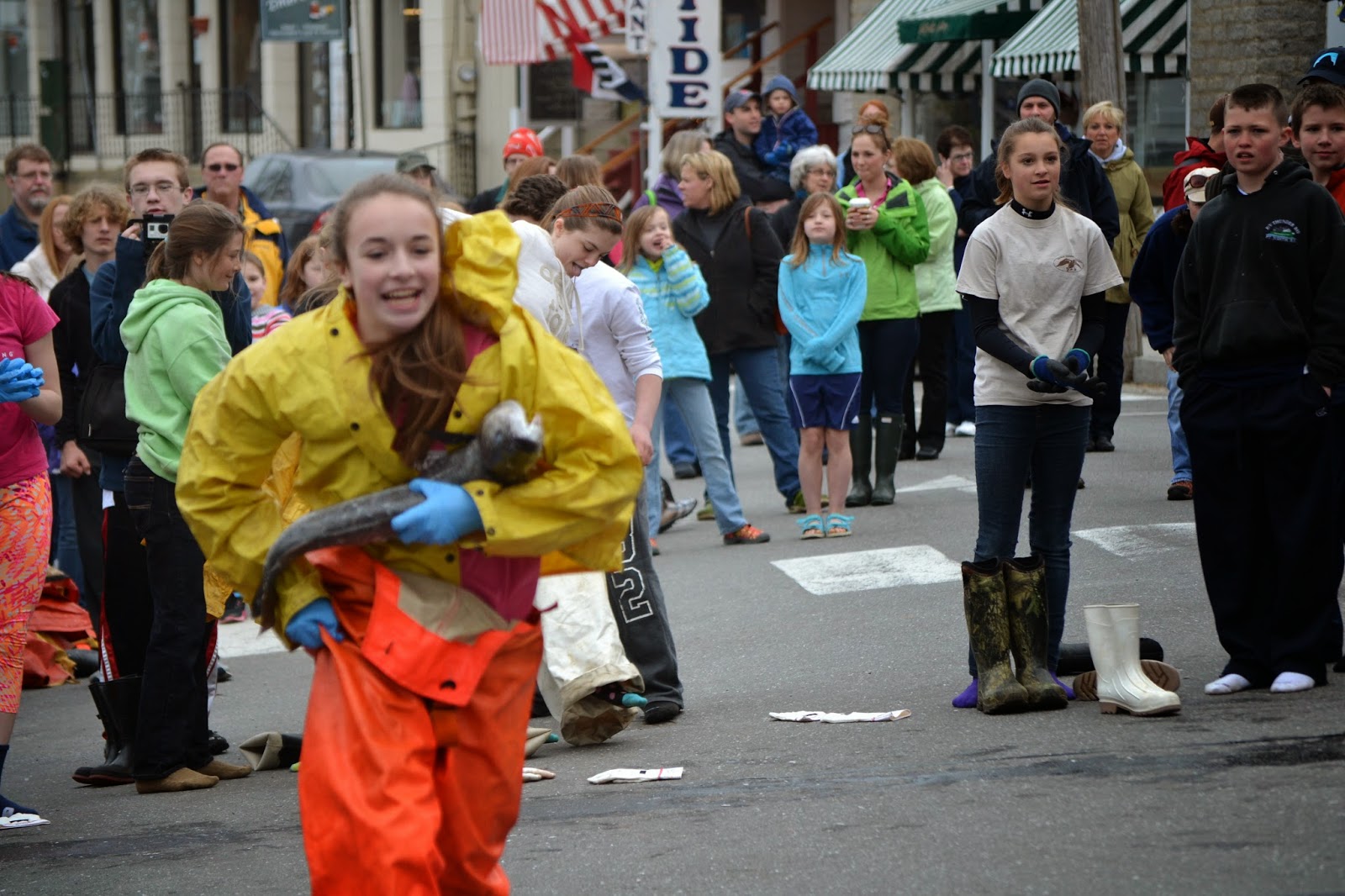 Who doesn't want to run with a fish? 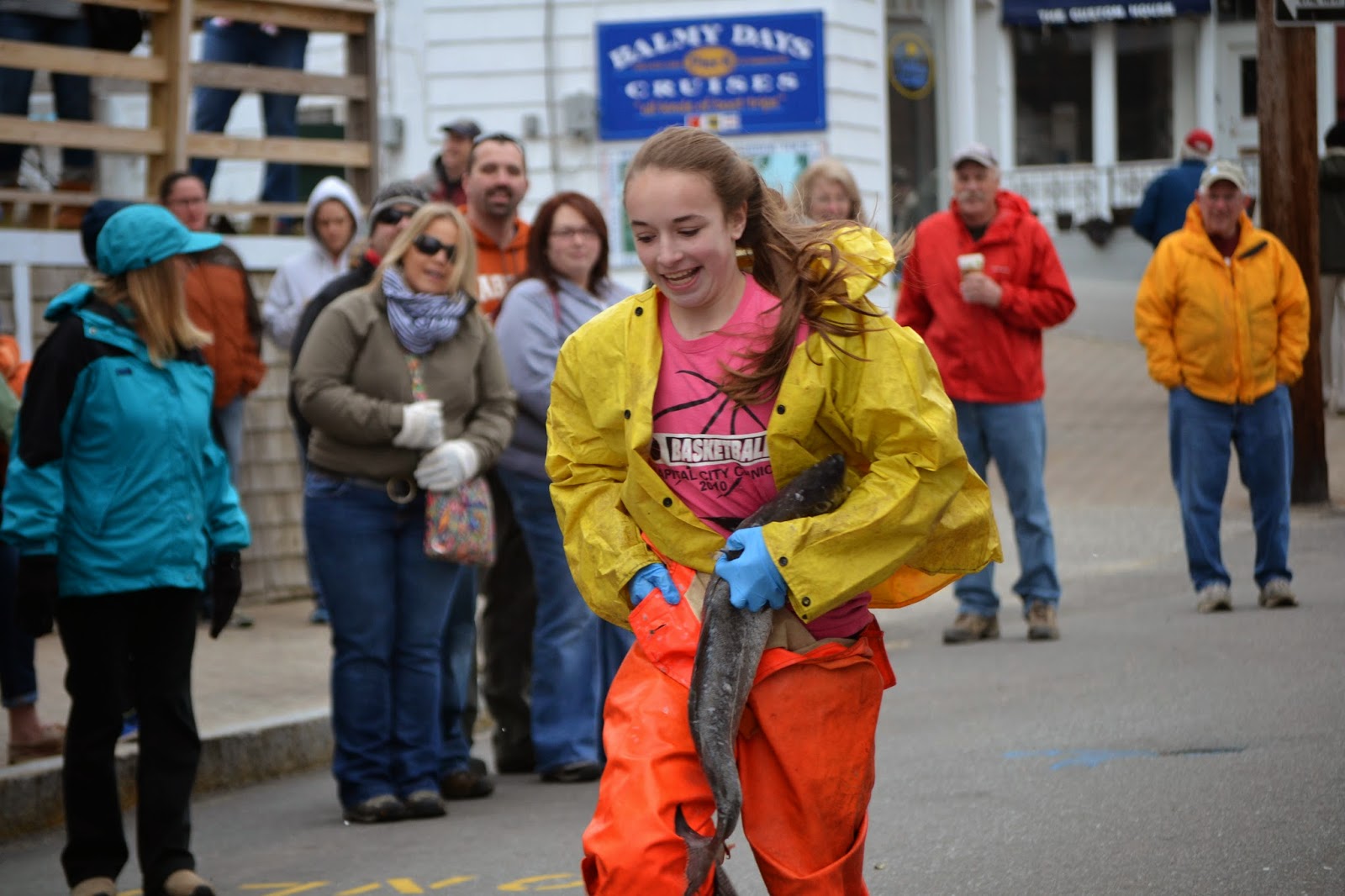 Then the bait shoveling.  Yes, this actually happens in Maine.  I just wish there were smells through the computer.  The smell of bait is like no other. 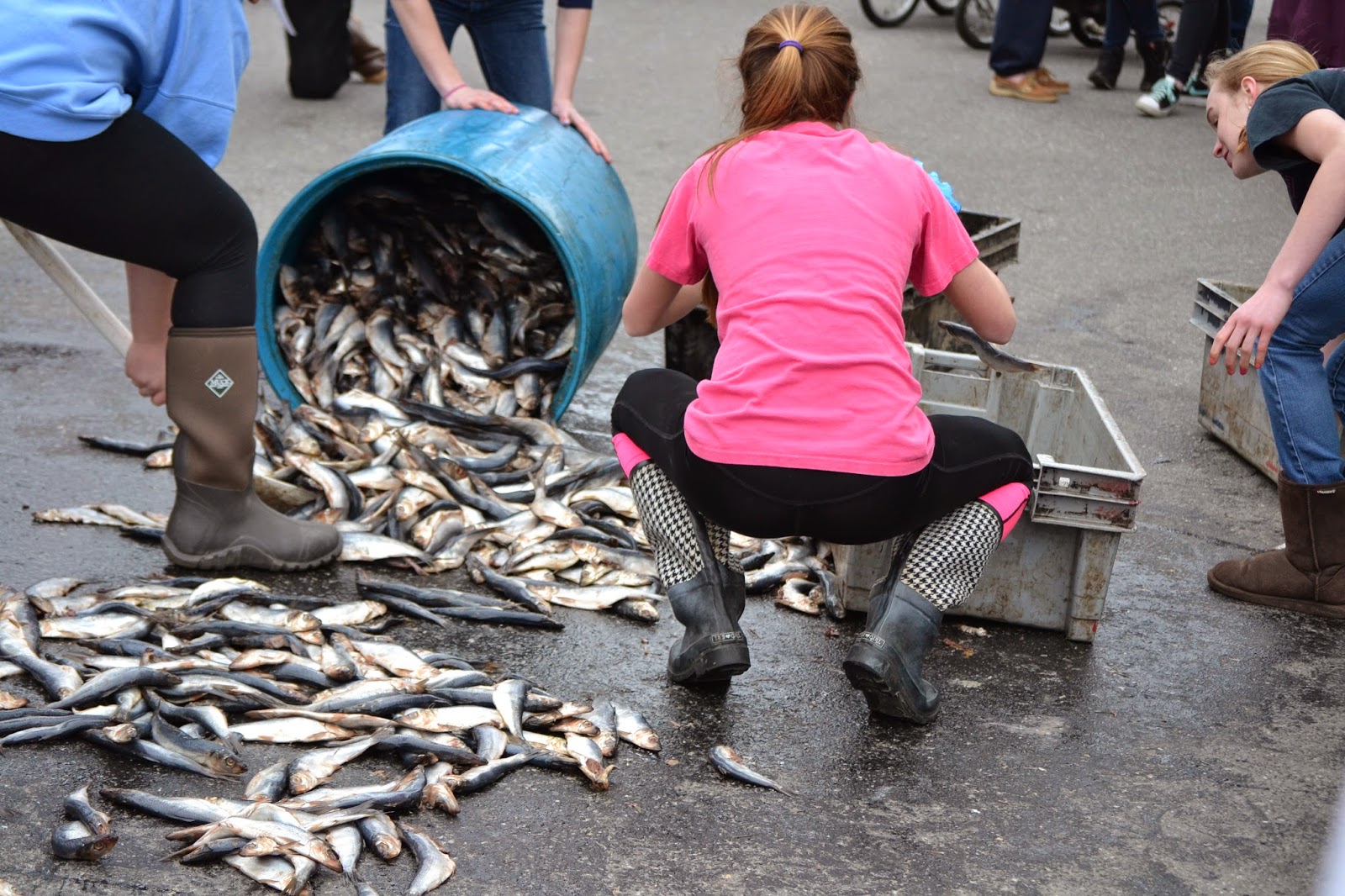 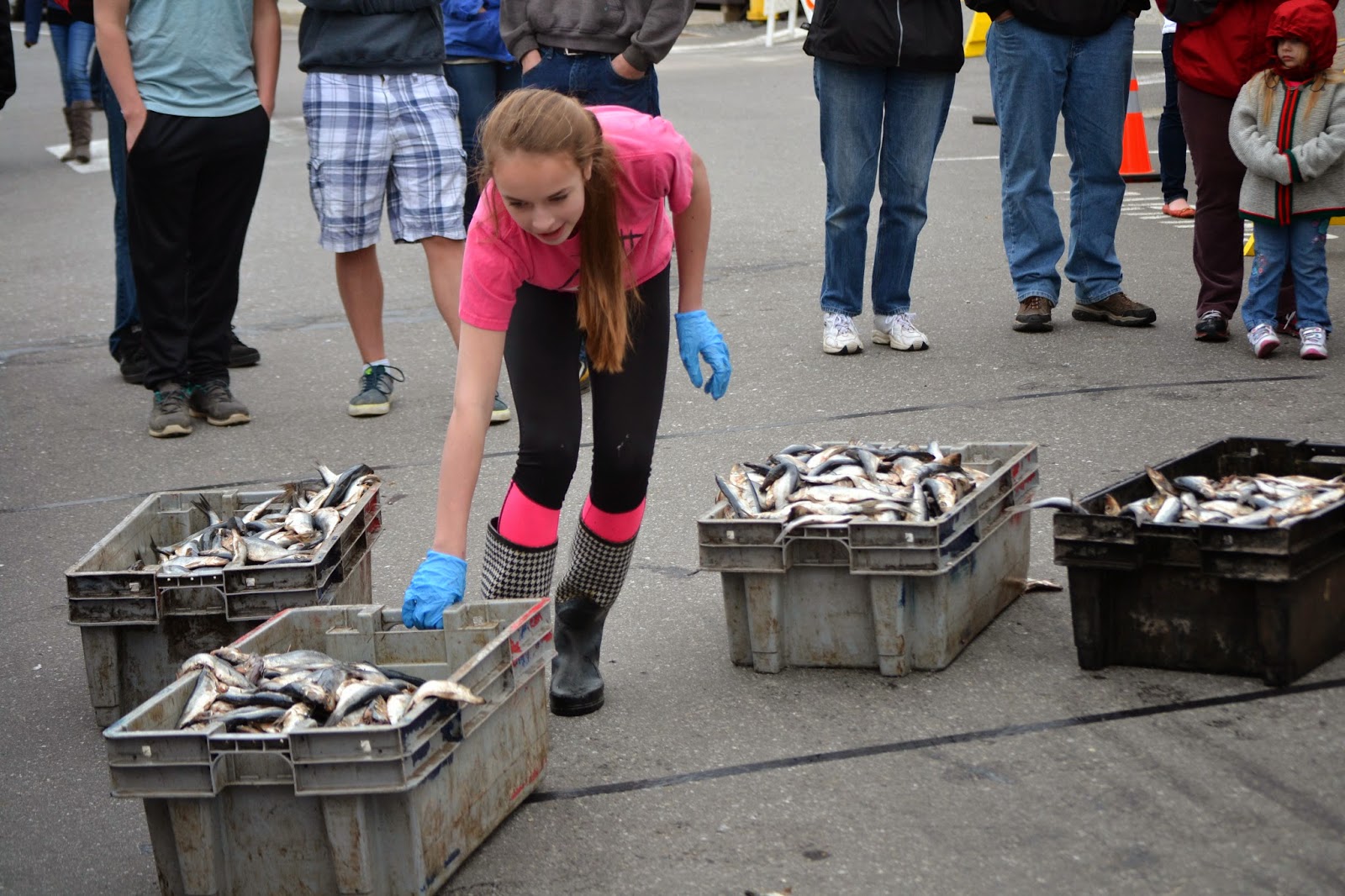 yes, they beat the boys 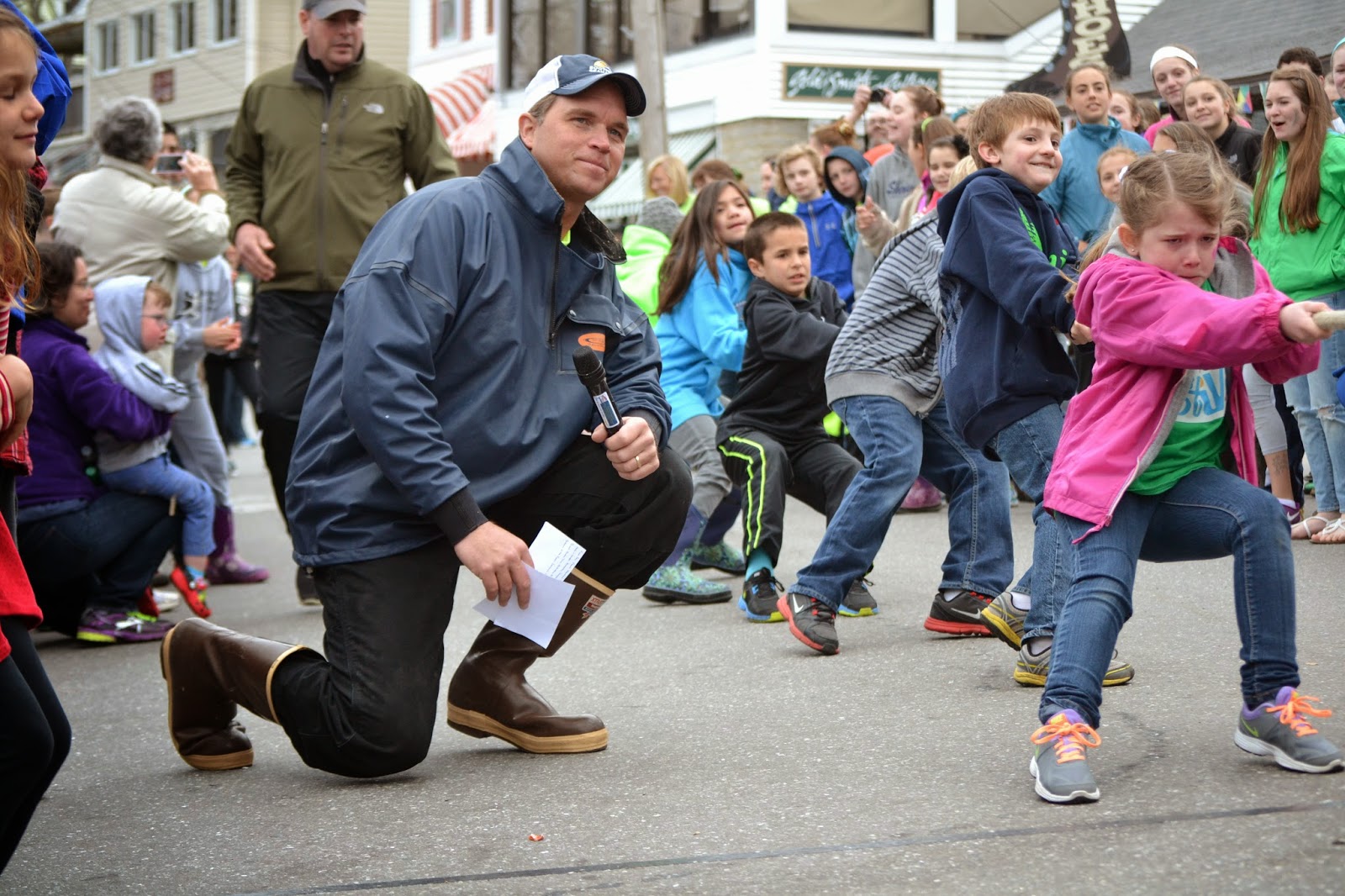 manimal in all black 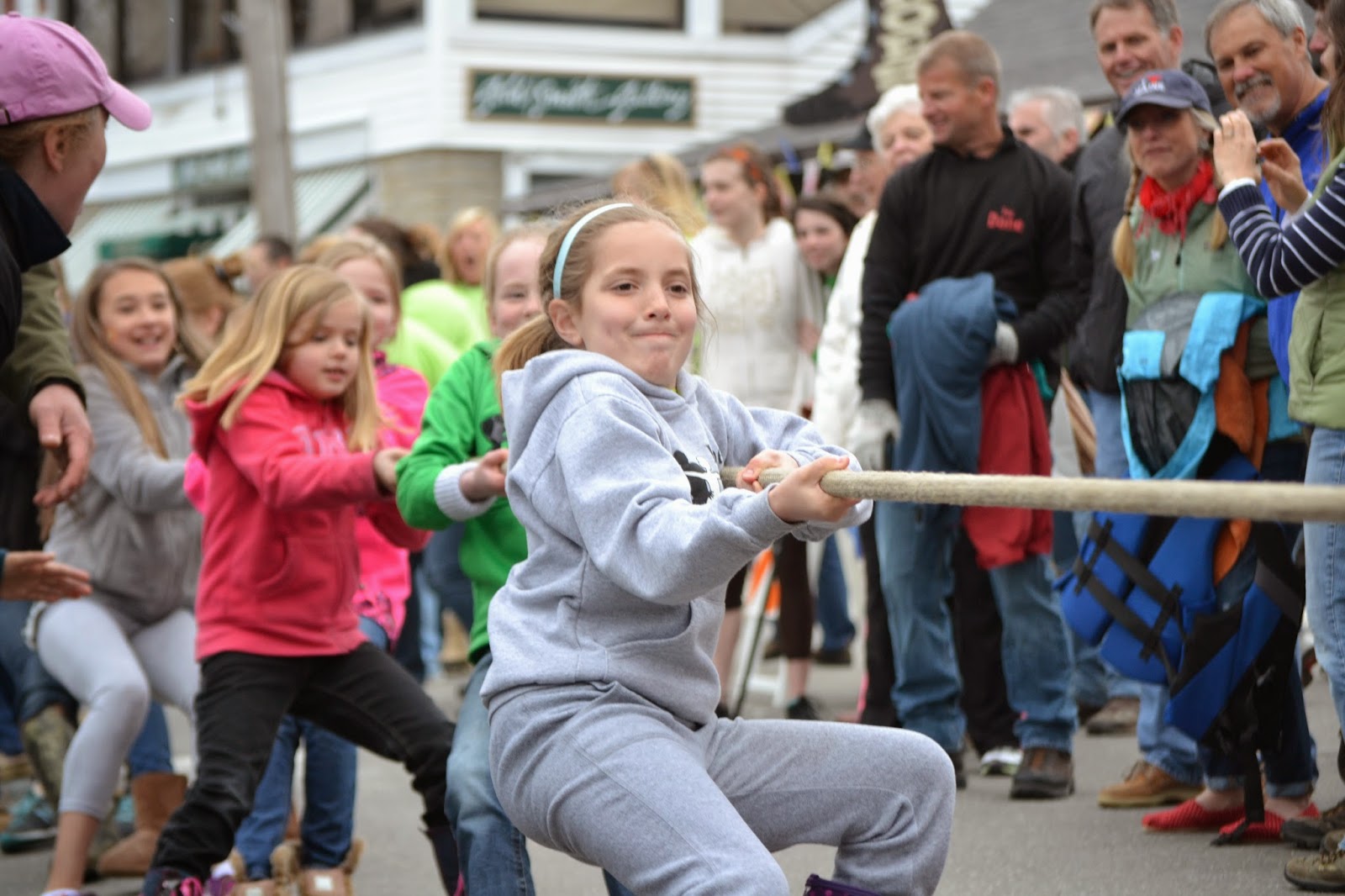 Oh, and the women's tug-of-war. 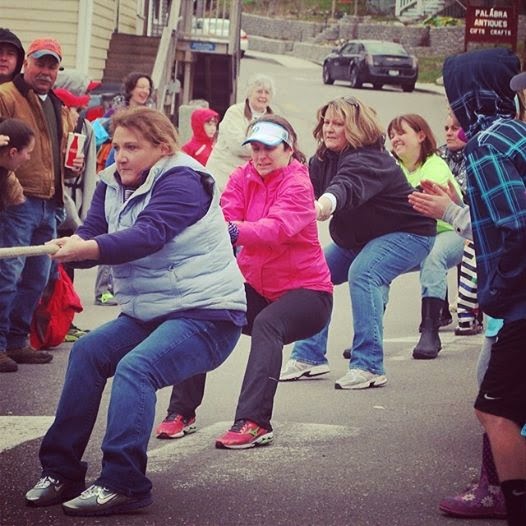 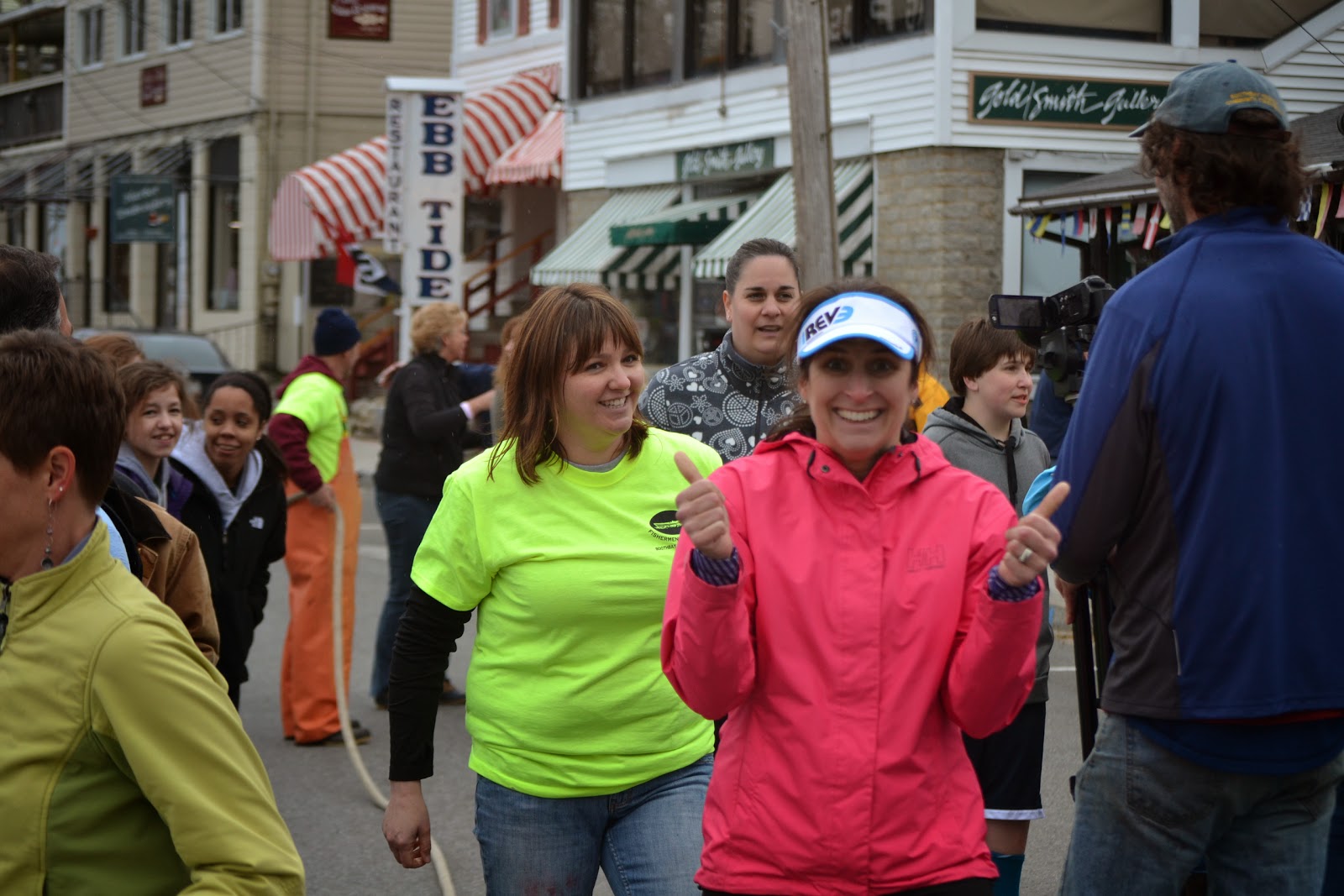 
Later that day we turned around and headed back to Boston for the final field hockey tournament of the year.  Sissy's team which was the C team for our club, ended up in second place.  How?  I have no idea but it was a nice way to end the season.  Great job girls!! 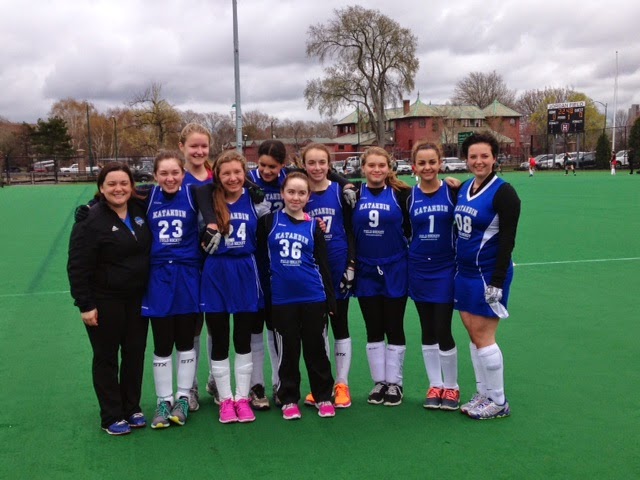 notice they are all wearing under armor under their skirts.  Seriously.  Where the f**k is spring?

Were your kids on school vacation?  Did you do anything fun?


Don't forget to sign up for my Spartan Race giveaway. Ends May 1.