in which I play all the sports

I really don't know what to do with myself these weekends now that we don't have to travel all over God's green Earth for basketball anymore.  It's been quite nice to wake up and be able to do whatever, whenever.  We still have some scheduled things because when you stop doing basketball, you must pick up karate.  Right?  Isn't that what everyone does?

Anyway, so there is karate and jiu-jitsu on Sat am.  Karate first, bright and early at 8 a.m. which sucks at 7:15 when you realize, that yes, you do need to get out of bed at this ridiculous hour on the weekend, but then is awesome when you arrive at karate and have a whole hour in which to kill time while they have their class. 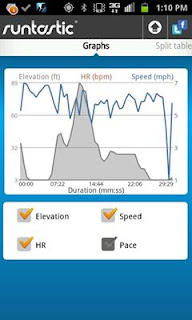 So my run wasn't all that long but there was apparently, a very large hill in it.  This is how it looked in person.  This was the hill to the right. 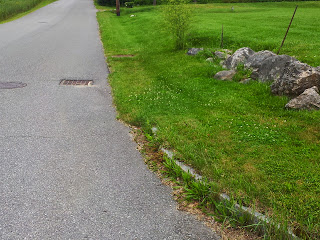 someone sucks at taking pictures

This was the view to the left partway up the hill of the previous picture. 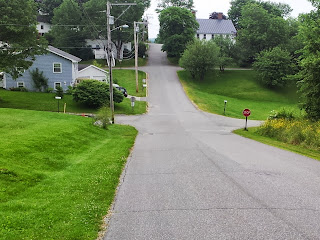 I really didn't mind the hills, I felt like I was really doing something while running them. 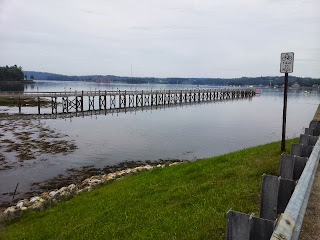 random picture of the longest dock you will ever see

But wait!  There is more!  One of the girls from Sissy's school field hockey team organized a pick up game  that night.  So yes we did!  One hour of field hockey, on the softball field because the grass was way too long on the field hockey field, with teenage girls and 2 moms. 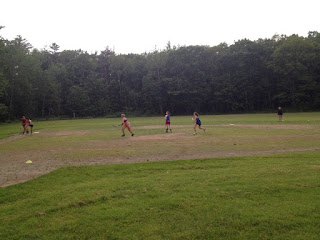 that's me way over in the left corner with the red shirt, keeping up with the high school kid! ha

But wait!  There's more!  Sunday was Monsters University (which is awesome! go see it!), too much gross buttered popcorn and candy, a bike ride and more field hockey!

My legs were so sore from the field hockey game, which is surprising because I run a lot, but this was a different kind of running.  Much more sprinting and stopping and starting.  I made myself get a quick and dirty bike ride in--13 miles in 52 minutes--saved a turtle, 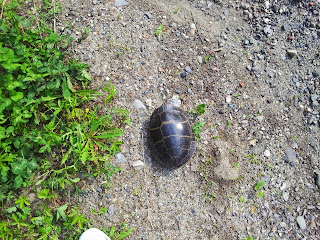 he/she was in the middle of the road!  I got him to the other side safely


and then back to the field for more field hockey.  There were more girls this time so we played 6 on 6.

What did you do this weekend?

You lost me at "gross buttered popcorn".

WHAT IS WRONG WITH YOU

Wow you had a busy weekend! I look lazy in comparison, of course Sunday was a rest day and I took it seriously.