1.  I was able to do this yesterday for the first time ever. 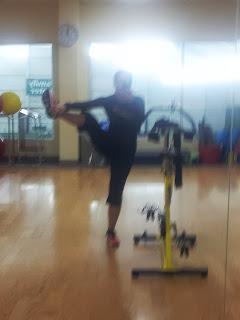 an almost heel stretch! is this a yoga pose of some sort?

This is pretty epic (if I may use that word even though I am 25+ years too old to do so) for me as I am not gumby and never have been.  To even be able to extend my leg while holding on to it, is nothing short of amazing.  So please, go ahead and be impressed.  Next stop:  full extension and getting the leg higher.  Oh yeah.  And being able to do the other leg.

How's my wheel pose coming along?  Ummm, not so much.


2.  My son got to train with Joe Moreira, an 8th degree red/black belt in jiu-jitsu last weekend.  This was a pretty big deal as Joe is the man who brought jiu-jitsu to the US.  Crazy.  And he came to Maine and held a clinic.  So cool.  It would be like, well, actually, I can't even think of what that would equate to in the running world.  Maybe training with Joan Benoit Samuelson, but still not really. 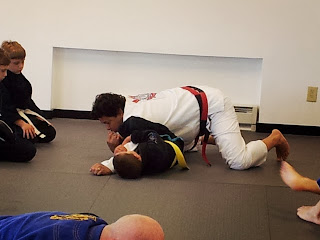 This is Joe teaching a technique to my son! 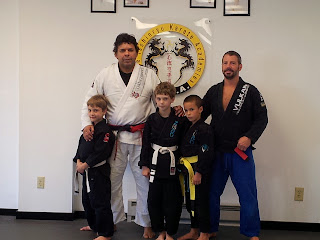 Manimal is the one with the badass look in the yellow belt.

There were other black belts there and other adults who were different ranks, but Joe taught equally to all levels and he was just awesome to the boys.  What a great experience!  He even signed their belts!  So cool.


3.  I, the eye doctor, was down to one decent pair of sunglasses and this happened: 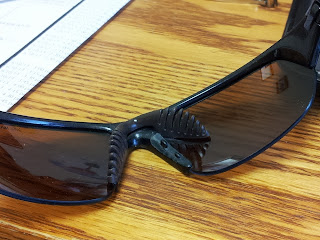 How in the world do you manage to run and wear sunglasses when the nose pad is like that?  Not comfy.  One would think that I would have many sunglasses since that is my business.  But no, you would be wrong.

Thanks to a fast mailing system and good employees, I had this 2 days later: 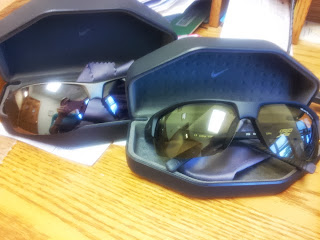 Woo!  Two new pairs!  Of which I will not show my husband because he will steal them and he already has 2 pairs that he's taken from me plus his own.  He doesn't need any more!

Yay to running with new sunglasses that make me look fast!

Are you stretchy?  What's the best yoga pose you can do?

Posted by ltlindian at 7:27 AM

Nice job on the pose! i have been really working on my flexibility lately. I can now do downward facing dog with ease :) Love the new sunglasses!