A Few Things For Friday

It's kinda like Three Things Thursday only a day late.  Because I'm almost always late.

Except for a race.
Then I'm early.  Way early.

So a bunch of stuff happened this week.  Nothing too earth shattering so don't get too excited.

The day of the root canal finally arrived.  It really was pretty darn easy.  Most of the time there was spent either waiting for him to finish up with the patient ahead of me or talking about what was happening and what he was going to do.  The actual root canal work took about 20 minutes.  It was a pre-molar so only one root, lucky me.  Part one cleaning and putting antibiotic in is done.  Part two occurs in December.   I would totally recommend seeing the endodontist for any root canal work rather than your regular dentist. 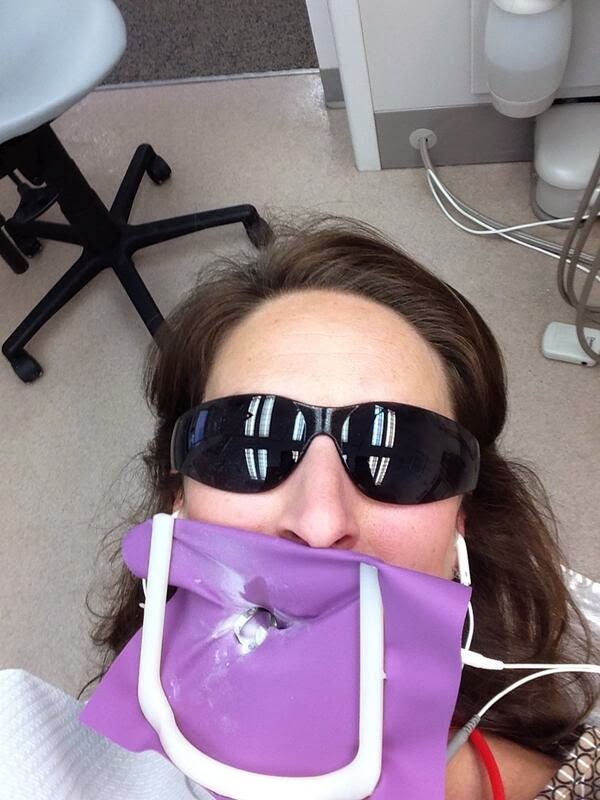 This is mid-root canal.  I took a pic so I could see what I looked like but it's really too damn funny not to share.

My Princess had a project at school where she had to write about her role model.  This is what happened: 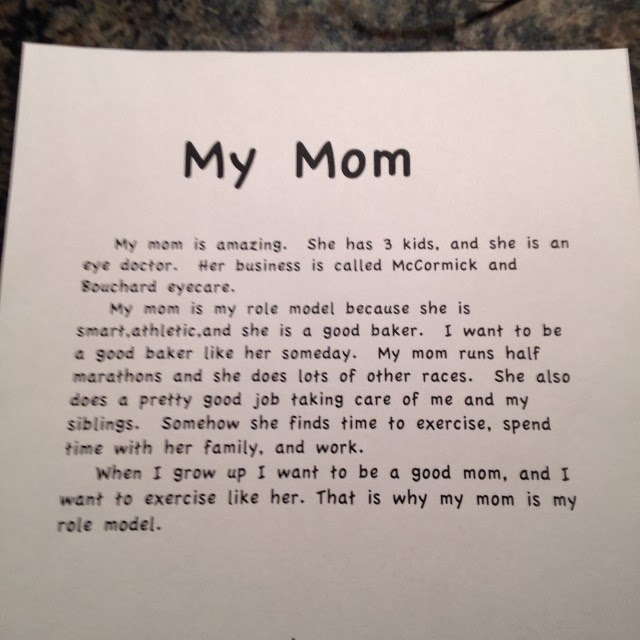 It is pretty fantastic.  I'm not sure why she thinks I'm a good baker, but hey, whatever.  I'll take the accolades even if unmerited.  I'm also glad to hear she thinks I do a "pretty good job" of raising them.  Phew.

I think I have the turkey trot outfit pretty well finished.  Princess and I made the tail feathers last night so now I just have to figure out how I'm going to attach them to me.  Next up is figuring out a beak and maybe a wattle.  My oldest daughter is mortified.  That must mean I'm doing something right.  he he 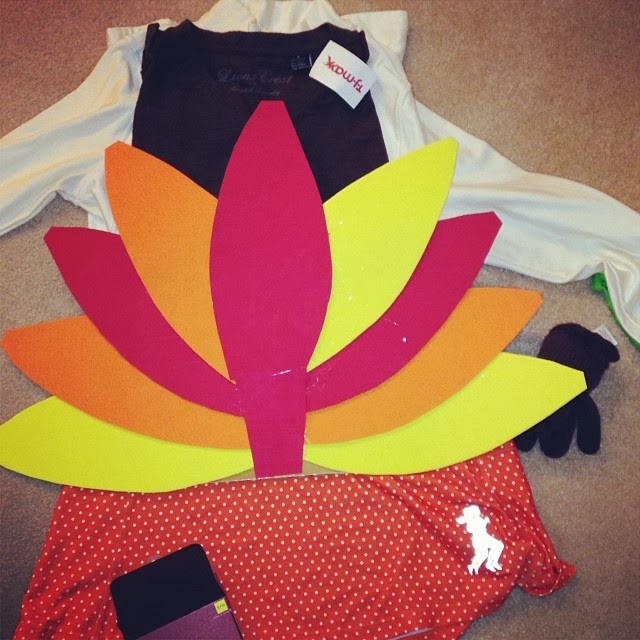 Anyone with OCD out there?  The asymmetry of the tail was totally irritating my eldest.  She had to leave the room.

Orange skirt, brown tights and brown shirt, white under armour, brown gloves and turkey tail.  This will be my first time dressing up in a costume for any race.

Have you ever had expensive/painful dental work?

Posted by ltlindian at 7:56 AM

That turkey costumes is going to be AMAZING.