So we leave Grand Canyon West and head to Grand Canyon South Rim.  I didn't enjoy the South Rim as much as GCW.  It was pretty and all but there were a lot of people and it was very much a tourist destination.  Gift shops galore, visitors centers, railings, people, RV's and more people.  We ended up just doing a short walk along the paved walking area near the Visitors Center.  We got some nice shots here and the views were amazing.  The canyon is much wider here than where we were previously.  Here are a couple of shots of that. 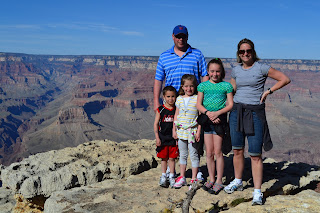 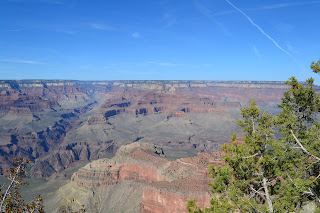 Hey!  There I am again with my blue shorts!  I love those shorts! Yes, you got it, still no luggage.

Then we took the Desert View Drive and headed to Page, AZ.  I have to tell you how suprised I was at how beautiful the drive was from Grand Canyon to Page.  It was really unbelievable.  It was nothing like I had ever seen before.  Here are a few shots from that ride. 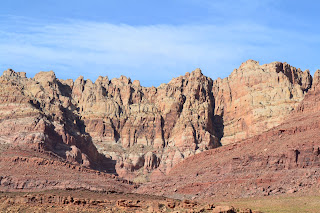 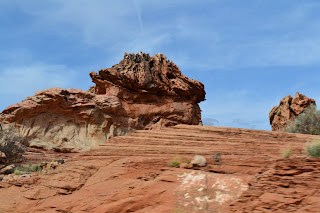 I really enjoyed Page, AZ.  Who knew that it could be a destination place?  You could actually make a vacation just by visiting Page.  We were supposed to do a 1/2 day smooth water raft trip but the company cancelled it that morning because of high wind.  :(  We were not happy.  Instead of being miserable, we ended up visiting the Antelope Canyons instead.  WOW!  Is all I have to say about that.  Here are a few pictures describing that wow.  (it would be even better if I knew anything at all about photography......) 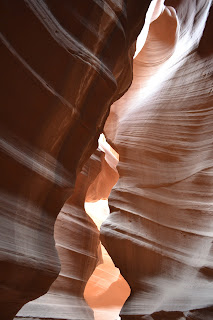 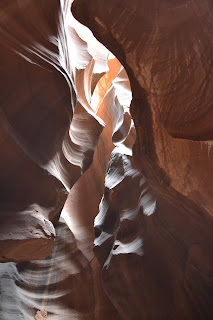 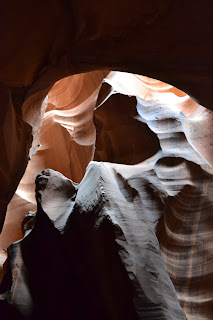 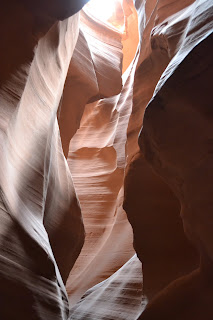 Pretty cool huh?  Then that afternoon we took a short hike on a trail just down the road from our hotel to see Horseshoe Bend.  Un-Freakin-Believable. 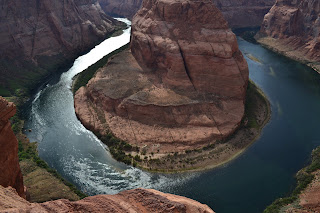 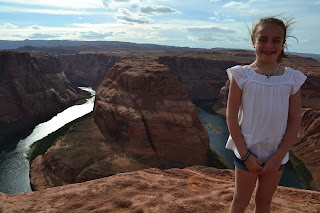 Yes, I did teeter on the brink of death to grab that superb photo to share with you all.  And I was having a heart attack as I took that picture of my daughter.  She's old enough to know not to move at all until I had her hand.  Otherwise, mom freaks out.  And loudly.

I have come to the conclusion that there must not be very many democrats in Arizona, otherwise, there would be railings and rules and such.  Here in New England, people flip out if you aren't wearing a bike helmet or seat belt.  Out west, with 1000 foot drops off of cliffs, there isn't a railing or anything other than a sign that says "warning, cliffs are high and you may fall".  (Well, that isn't exactly what it said, but that was the basic jist of it.)  Disclaimer:  I am independent and think both political parties stink.  It was just an observation.