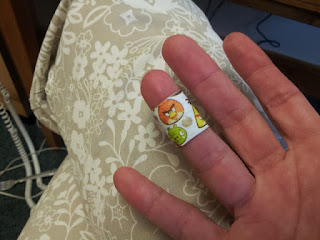 Are you an AC lover or hater?

I admit it. I'm an AC lover. This summer has been *bad.* We have a swamp cooler only (because in Colorado that's all you're supposed to need), but it just hasn't cut it this year. I would be OK with turning it off during the day if we could have a wall unit.

When I met my husband, we took a romantic trip to Costa Rica and he wanted to leave the AC in our hotel room off so he could hear all the jungle creatures outside. It was SO humid and hot--I didn't think our relationship was going to survive that. Eventually, even he agreed it had to come on. And we lived happily ever after.

AC hater here. In fact, I run my space heater at work most days (even in the dog days of summer) because my building thinks its home to polar bears.

I also hate AC. Thankfully my husband is on board. Those few hot nights we put a fan in the window and sweat it out. We even have 3 window units that came with the house and we haven't used them in 3 years. We also set our thermostat at 63 in the winter. No argument about that either.