This past weekend was just a pile of craziness and just left me exhausted by Sunday.  Friday was the day of the field hockey clinic that I had organized so I was pretty excited about that.  There weren't many girls that signed up because of other conflicts but they agreed to hold a one-day clinic rather than cancel completely.  I thought that was a great compromise.

Despite the small number and the stupid rain (we haven't had rain in 4 weeks!! of course it rains on the one event we had planned...), I think it went very well.  The girls that came had a good time and the camp coaches were already wanting to plan for next year.

The next morning was the 3rd Annual Lobster Roll 5K run right here in Boothbay Harbor.  I want to try to run this as many years as possible and keep my streak going so even though I was pretty tired and didn't feel like going, I went anyway.  Sissy decided to run it too this year so that was nice.  I offered to run with her, but she wanted me to go ahead and try to win.  (I placed in my age group the first year.)

I really thought I was running this race pretty fast and would finish like my latest 5K times--around 24:00 something.  I was pretty bummed to see 24 already on the clock as I was approaching the finish line.  Crap.  My finish was 25:20.  Gah.

Holy freakin' slow ass.  My best time was 24:01...  What the heck?  The only reason I can come up with is that I was with my daughter near the back of the pack when the start gun went off.  There wasn't chip timing so I was behind the pack going across the start and then it was crowded at the beginning so it took some time to find some space.  I also think I wasn't around anyone that I knew was faster than me to chase.  They were all up ahead so I really didn't know where I was time wise.

My theory that I run faster without my garmin is now blown.  Perhaps if I had known I was slower than I was, I may have picked up the pace a bit.  Oh well, next race.

Sissy did pretty well considering she had done nothing to train for this race.  She had run a 5k one time before about a year ago so this was her second one.  She finished in 29:38.  A pretty respectable time for zero training!  I am so proud of her that she wanted to try even though she hadn't been practicing.  She wants me to bring her running more so maybe running can be the thing that we do together. :0)

Sunday was a day of laziness.  I did take 12 mile bike ride in the morning, which ended up being a good thing since it rained all afternoon and early evening.  We laid around and watched the Olympics which should be renamed crack-olympics, because once you start watching you cannot stop.

It really doesn't matter what is on--dressage, beach volleyball, field hockey, fencing, table tennis--I just can't stop watching.  I mean really, when would you ever sit down and watch fencing?  And find it interesting?  And want to continue to watch?  And then cheer for girls who aren't even on the USA team??

I'm going to need intervention and treatment soon.  Is there an official disorder for Olympics addiction?  Maybe I can qualify for disability....  I kid, I kid.

Last night I played with the high school girls (and Sissy) 4 on 4 field hockey.  Let me first start by saying that running long distances is completely different than sprinting here and there on a field hockey field.  I'm pretty sure I could have beat all but one of the girls in a 5k race and certainly a 10k, but I was totally sucking wind after 10 minutes of field play.

Oh and running sneakers are not suitable footwear for stopping and starting quickly on grass.  Says my ass this morning.  Since I fell on it twice last night.  Thank goodness I wasn't the only one who did a booty plant.  I was, by far, the oldest one there and I don't think I made too much of a fool of myself.  I mean, other than the falling on my ass thing.  Who knows, they are probably still laughing at me this morning. 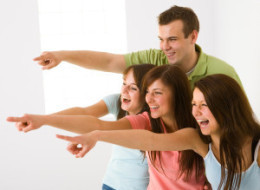 haha you suck and didn't even know it!


Teenagers always make me feel a little uncomfortable.  I'm not sure what it is, but I feel totally comfortable talking to 20 somethings, 30 somethings and anyone older.  But teenagers, I just feel like they are thinking they can't wait for this god-awful conversation to be done so they can stop standing next to this super-uncool old lady.

And to top it all off, I got on the scale this morning for the first time in months, and I'm up 5 lbs.  woo.  A product of too much cinnamon toast, nutella and chip and dip.

Have you ever had a race where you thought you were doing well, only to find out you were slower than you thought?


Do teenagers make you feel insecure?
Posted by ltlindian at 8:34 AM

I think it's funny that you call a lazy day one that included a 12-mile bike ride. I wouldn't sweat the 5K--sounds like the prior day was pretty full.

You should be proud of yourself-as the slogan goes-you've come a long way Baby! You have never looked better at 40+. Wish you could've come down and run the Yankee Homecoming race last night- I went and it was great.

Rain!? I am starting to wonder what that is. I wish it would rain and rain and rain here. We are so dry and parched! I don't even know that I would mind if it happened for my next race!

Teenagers are just a whole different breed aren't they! I wouldn't go back to those years for anything, so akward and trying to play so cool.

So - it wasn't until AFTER I yelled "I love your skirt" and I was talking to Carrie that I realized it was YOU I yelled to! Ward told me I had to stop yelling to women about their skirts - spectating a large race like that is like window shopping for sure. Great job yesterday!!!! & I tagged you..... http://www.runningwiththegirls.com/2012/08/liebster-award.html