It's been just about a week since I last posted something on this blog.  I really don't have any exciting stuff going on in my life so I'll share the mundane and boring instead.

Our family has been hit by the bug.  The Lacrosse bug, that is!  Right now everyone is all about lacrosse.  Not sure what tipped the scales in that direction, but all three kids are going to be playing this spring.  Even Princess!!  She's excited about it which is something that never happens.  Last weekend was partly spent getting everyone equipped with lacrosse gear.  The girls were pretty much set with all their field hockey gear, but needed a stick.  Manimal needed everything and guys stuff is pretty expensive.

Lucky for me I had some Dick's coupons that saved me $20 and that weekend our local Dick's was having a 20% off everything sale which saved me $110 AND they also price matched me a stick that I found online by showing it to the manager on my phone and that saved me $10.  Not bad.  Still expensive, but you always feel better when you save $140. 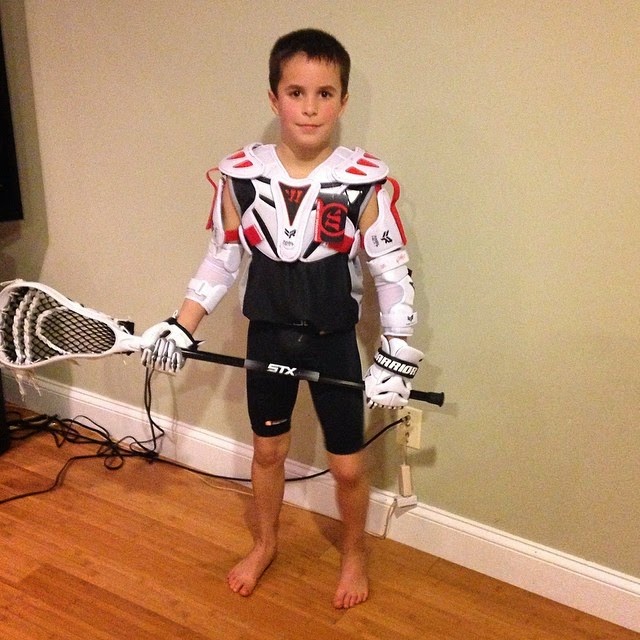 I'm still getting outside for my runs despite the cold ass weather.  The temperature is really getting old, I wish we could just move on from 0*.  Really.  It's still below 0 more nights than not.  In March.  Whyyy?? 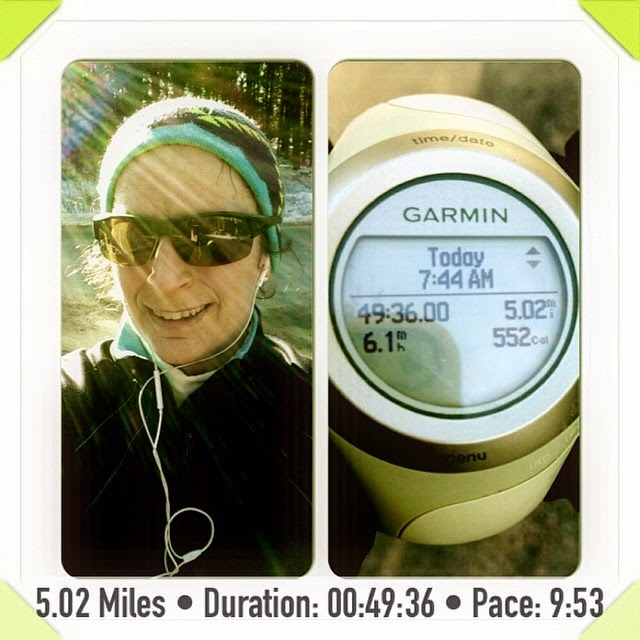 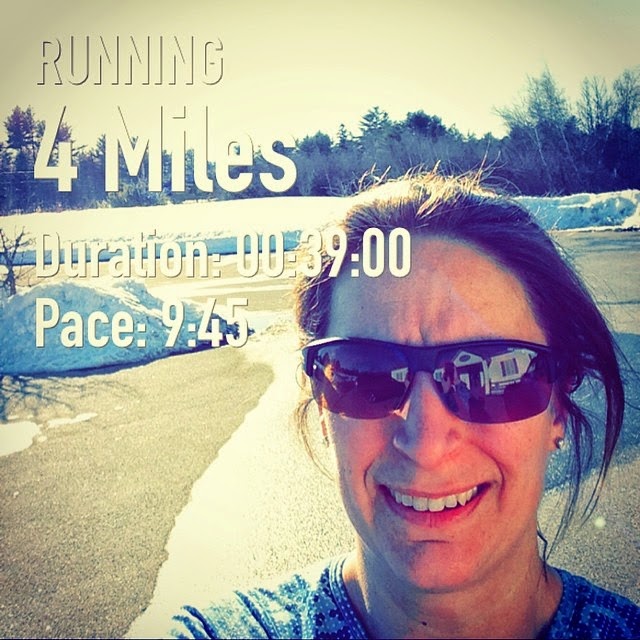 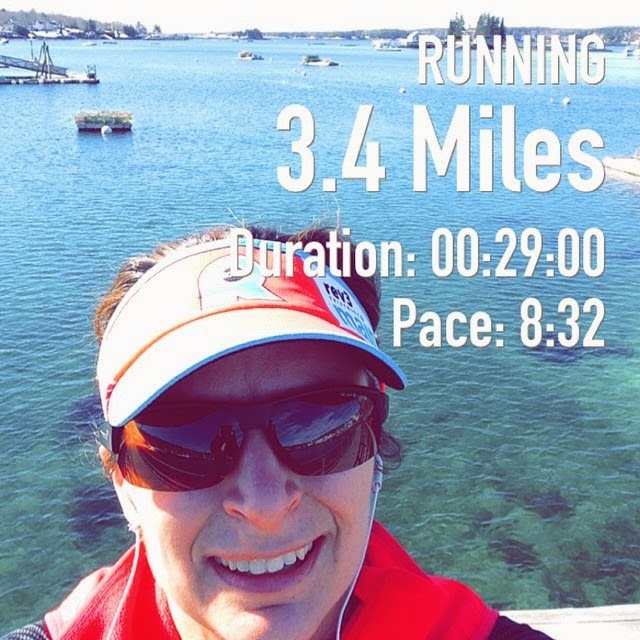 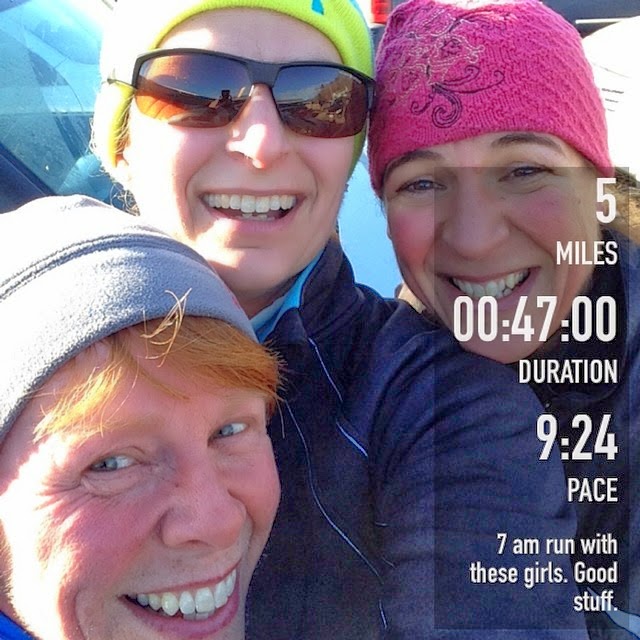 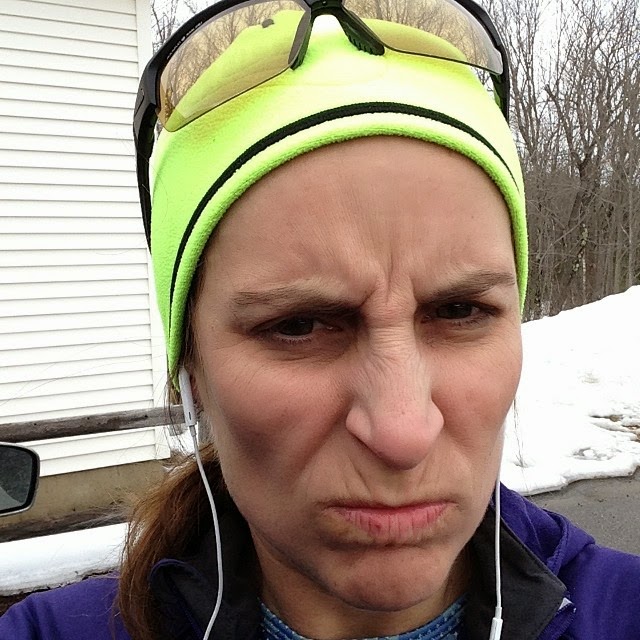 being grumpy about the weather.  notice in EVERY picture how I'm dressed.  Nanook of the North.

Contrast that with THIS post from almost exactly 2 years ago entitled "80* and a Running Skirt", in which I talk about how it's 80* out and I go running during my daughter's dance class in a running skirt and tank top.  So, so, so unfair.

Second picture from the top was yesterday (I had already taken off my jacket after the run), it was a whopping 35*, which is actually a huge improvement from the day before when the high reached 26*.

This happened yesterday too: 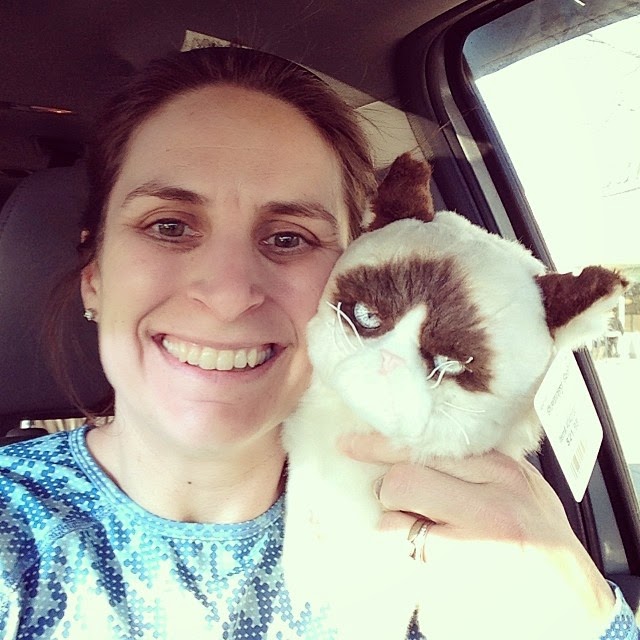 Yes, that's a Grumpy Cat stuffy.  And, yes, I know you are jealous.


Lastly, how many of you can say that you can talk to the turkeys?  Well, it is a special talent I have and here is evidence of it.

Don't be jealous.  You can learn how to talk to turkeys too.  It's not hard.  They are pretty stupid.  The males are all poofed up and strutting around like they are going to get some.

In a nutshell what's up in my world is:
~lacrosse
~cold fucking weather
~turkeys trying to get it on

What's up in your world?
Posted by ltlindian at 8:53 AM