It took me a bit of time to compile my totals for this month as I have not logged all my workouts on to dailymile.com.  That just isn't working out for July.  I need to find a different way to keep track of my exercise.  Maybe a log book where I write down what I do each day?  Any ideas?

Miles Ran--44  A little bit down from last month but it's probably close to the same as I didn't keep track very well.

Yards Swam--2000  Lame swimming for July.  I just wasn't able to get to the pool like I wanted to.  It seems like every Friday I had something going on for the kids and that's my swim day.  Maybe August will be better....

Minutes Spinning--135  Again, pretty lame amount of spinning.  Spin class was often cancelled due to lack of participants and often it was way too hot to go sit in a room and spin.  I will do better this month as I have joined Run with Jess' spin challenge.  Check it out!

Music Annoyance--Rolling in the Deep.  Apparantly, I am the only person on earth who doesn't like this song.  It is played constantly on all the radio stations!  I swear, if I hear it one more time I'm going to blow a gasket!  Play something else already!

Current Excitement--since I am about 1/2 a click away from entering my first 1/2 marathon, I had been searching online for a hydration belt.   While shopping at TJMaxx this weekend, I found a Nathan Speed 4 on clearance for $15!!!!!  Woot!!  What a great find!  It is a large so I didn't think it was going to fit well, but when I tried it on, I found that I preferred to wear it low on my hips so I don't hit it when I run.  So, the large works out just fine. (seeing how I'm not a 12 yo girl and I have had children...)  My happiness over the deal outweighed my annoyance that it was a large. 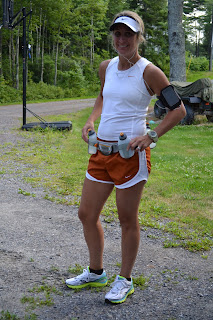 New Food Obsession--buffalo wing flavored Pretzel Crisps with hummus.  Holy crap, these things are awesome!  They aren't too spicy but just the right amount.  With hummus...mmmmm..yum!  You need to get you some preztel crisps! 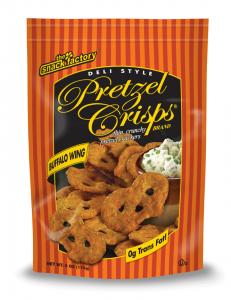 Current Triumph--nothing major but since last month I needed to cut down spending, I have actually done pretty well with that and the only thing I bought for myself this month was that hydration belt.  And that was just too good of deal that I could not pass it up.  So yay to me for being somewhat frugal!

Books Read--I have read quite a few recently.  My favorite creepy-like book was While I Sleep.  I found it randomly on Kindle and it was quite good.  It's about a woman who has a weird type of amnesia where she wakes up every morning and doesn't remember anything.  Each day she learns who she is again and what happened to her, but then forgets by morning.  She starts to write a journal about her memories and then finds that things are not really what they seem.  Read it.  It's good.

That's it for this month.  I hope everyone else had a great July, I know I did!

Question for the day:  How do you keep track of your workouts/milage?  dailymile.com? journal? garmin? computer?  do share!

Nice belt! Were there any more? I've been obsessing about making that race my first half too, but I think I'm still going to wait until next year. I use Log Your Run for keeping track of workouts (I also like the route mapping feature)and try to enter the workout as soon as possible afterward.

Loving the belt! I actually ran this morning with a CamelBak and it went well and kept me better hydrated since it can hold more than my water belt for this heat and humidity and long runs I endure down here. Don't sweat the 1/2 just sign up! You are a great runner and terrific athlete and will do just fine!

I just have a hand held regular log book I picked up at Barnes and Noble:(