Lucky you, oh faithful blog readers!  You get two posts to read today due to the blogger gods hating on me yesterday!  Today's post is a fun one that I stole from Kim at (Just) Trying is for Little Girls that she stole from The Good Life.  I liked the topic, so I'm jumping on the bandwagon.  Yee haw!  She called it Monday Listicles, but I'm getting to it on Wednesday so it's going to be Wednesday Listicles for me! 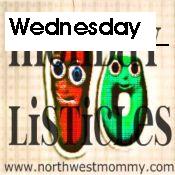 wow! did you see how good I am with photoshop?  I should work in print design...

This week's list is about your top ten strange/funny/unusual/interesting jobs you have had in your life.  If you are too young to have had held 10 jobs, then write about ten crazy tasks within your job or just come up with your own job-related list.  I am most certainly just barely old enough to have held 10 jobs so I will do my best.

1.  My first job ever was a gas attendant.  Remember those?  Those people who used to pump your gas for you so you don't have to get out of the car?  Yes, that was my first job.  My step-dad was the area manager for the oil company so it was pretty easy to get the job.  I was 15?  Something like that.  When I started, everyone could wear shorts in the summer when it was hot.  For some reason, after I started working there, the company rules changed and we all had to wear long pants.  I'm not sure why....... hmmm.

2.  McDonald's drive thru queen.  Oh, yes!  I rocked that drive thru!  Crazy enough, I really didn't mind that job.  I loved working the drive thru.  When you were assigned to drive thru, you got out of all the stupid jobs like changing the trash, and restocking napkins.

3.  Tennis instructor for the town recreation department.  Fun job.  Teaching little guys to play tennis.  Lots of chasing and tossing tennis balls.  But plenty of time in the sun. :) 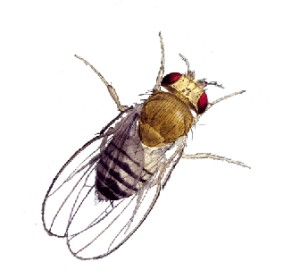 Holy freakin' tedious and BORING.  I learned right then that I wanted nothing to do with research.

5.  Waitress for 3 summers in Bar Harbor at the Bar Harbor Inn.  This is the big Inn on the water with all the windows downtown.  The.  Best.  Job.  Ever.  No kidding.  With the exception of my current job, this was the best job I ever had.  Hands down.  I lived right there for $25/week taken right out of my paycheck.  My bedroom was the very top window just below and to the right of the flag on the roof.

Not too shabby huh?  Not to mention, if it were sunny and nice, I would make at least $100/day, up to $300 if it was a double.  I took every single shift I could and would work 3 doubles a week, if they let me.  I love Bar Harbor and I loved this job.  I waited on Pam Shriver one summer--they had two lobster rolls and two ice teas.  I held on to that credit card receipt for years because it had her signature.

6.  Sandwich maker for Pat's Pizza.  Pat's Pizza is a pretty famous pizza place here in Maine that originated in Orono, near University of Maine.  You could get a cheese pizza for like $2 when I was in college.  So, you can imagine that it was pretty dang busy.  Best thing about this job was we got to eat whatever we wanted.  No one cared.  Except my ass and my scale.  I think I gained 10lbs working there.  Worst part of the job--Pat was a dirty old man (like 90) who smoked cigars all through the joint.

7.  Typist in college.  This was before the time when everyone had their own computer and could type.  I used to type up reports for people (mostly dumb football players).  I charged $1/page.  Pretty easy work really.  The football players got a bonus because I would basically rewrite their poorly written work.  I just couldn't stand to type grammatical, spelling errors or just shitty work.  I would fix it so it sounded normal.  I should have charged extra for that.

8.  Optical sales at a chain store in the mall.  This job I didn't like very much even though it was part of my profession that I was studying for.  The main goal of this job was to sell glasses, with a high price, whether they needed it or not.  I hated that aspect of the job.  The Upsell part.  I just felt like I was cheating people.  Some of the crap they sold there was just crap and they made you pay extra for scratch guard but then didn't put it on.  Stuff like that.  One good thing--it was right near Cinnabon so I would have a Cinnabon and Mt. Dew for breakfast every time I worked.  Breakfast of champions!

9.  Cocktail Waitress/Waitress at a very popular bar/restaurant in Boston.  The job itself was just a waitressing job.  Give people food and drink.  But the exciting part of this job was that the place was a bar that had live entertainment on the weekend and it was packed--it was one of the fun places to go out to on a Friday.  So, it was like being 'out' but not spending money or getting drunk.  *bonus*  Oh, and I made good money too.  *double bonus*  The bartenters that worked there had been there for years.  Some of them were lawyers that stayed on after they passed the bar because the money was so good.  Those bartenders would make $300-400 on a Friday night.  EACH!

I once waited on Jose Conseco there when he was doing a radio broadcast live from the bar.  He is an arrogant ass.  I did not like him at all.

Now, go!  Make your own list and then you can link it up to The Good Life HERE.
Posted by ltlindian at 7:38 AM

Wow, I have to go far back to find 10 jobs. Okay maybe I don't since I seem to change jobs every 2 years. That is the nature of technical careers!

You had some great jobs. Mine were not nearly as interesting!

I hiked trays of Coca-Cola up and down the stands at LSU football and basketball games. Made some insane tips doing that...and I met Shaquille O'Neal (playing for LSU at the time - yes, dating myself) while hanging out after the games waiting for my ride. He is a very nice guy btw :)

And WHEN did you work at McD's? I worked at McD's...ok, only for a couple weeks so I never advanced to the drive-thru...haha.

I went for interview two summers in high school to work at the gas station cleaning windows, but was not accepted. Third time lucky and in two months I earned enough to buy my first car from tips alone... Gas stations rocked (apart from the smell of gas)

Bar Harbor must have been so great and I think your current job is pretty fab too! I might be hiring you to customize buttons for all fashionably late bloggers too. I paid in cookies :)

You have had so many different jobs! Sounds fun!