Even though I did my best to come up with 2011 totals, I'm sure they are off a bit as I didn't start this blog until 2/11 and I didn't keep a running journal until sometime in May.  Even still, I'm kinda happy with my milage this past year and will be looking to set new goals for 2012.

Miles Run in 2011--600 (approximately)  I had to guestimate for January so it's probably a little low.  However, I'm pleasantly suprised that it's higher than 500.

Milage Goal for 2012--1000  This shouldn't be too difficult to obtain if I continue the routine I'm on right now.

Spin Minutes for 2011--2625  If you assume ~ 16 mph then that equates to 164 miles biked. There is definitely room to improve in the biking department.

Bike Milage Goal for 2012--250.  That seems like a reasonable amount to obtain.  I need to actually get on a bike and bike on the road.  That would make this goal a lot more fun to reach.  Maybe I'll try the bike portion of the Dempsey Challenge this year.  That would be something new for me.  I've never done strictly a bike race before.

Swimming Yards--47,800  (I put this number in yards cause the number is so high and sounds better... lol)  That equates to about 27.2 miles.  That's pretty darn good, really!  This is also taking into account that our local Y pool was closed until October and I had to drive 20-30 minutes to get to a pool for most of the year.

Swimming Goal for 2012--I think 50 miles is an obtainable goal.  That assumes at least 1 mile of swimming each week and I'm doing that pretty consistently lately.  I woud like to get into that 100 mile club sometime this year but I won't make that an official goal.  Doubling my milage is more reasonable.


Some awesome firsts for me this year!

--First sprint triathlon with one of my best friends. 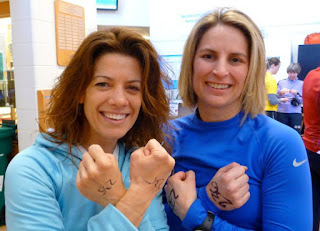 wonder twin powers!  activate!
I may have just dated myself..... 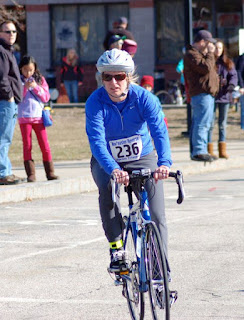 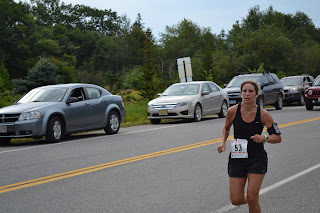 --First and most awesome trip to Grand Canyon!! 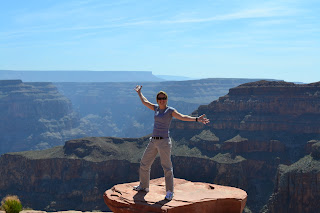 sorry no pictures because it was pouring like a son-of-a-gun and my family was at my daughter's basketball game and the stupid race photographer didn't get a picture of me.  But I'm not bitter.  Really.  Much.

Posted by ltlindian at 7:42 AM

I love the wonder twins reference!

Here's to a good year. Cheers!

LOL - love the wondertwin reference! I catch myself pulling that one out every so often and then realizing that the "yougn folks" might not get it. Wondertwin powers activate! form of ... a tough chik! :)

Stupid lack of picture! I love my race pictures, they are always good for a laugh. :)